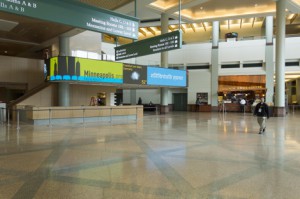 Nathan Remmes, NanoLumens vice-president of marketing and business development, says, “NanoCurve LED displays are slim and lightweight, which is perfect for spaces that require large format screens. These displays will provide maximum visibility to each and every one of the Convention Center’s visitors, which is ideal for advertisers.” 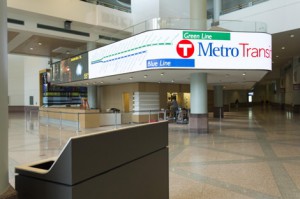 The result is a stunning visual focal point that both informs visitors and generates a new source of advertising revenue. The displays are ideal to promote upcoming tradeshows, such as the Auto Show or Home & Garden Show, because they offer a crystal clear image that can be seen from a distance. The curved displays create a single, continuous, video display band even around corners. When paid advertisements aren’t running on the displays, content includes visitor information, upcoming event details and more.

“NanoLumens displays create a clear and detailed image that transforms the Main Corridor into a showcase of 21st century technology,” says Derek Burns of Tierney Brothers Integration. “I fully expect that the investment in digital signage will pay back in a short amount of time.” 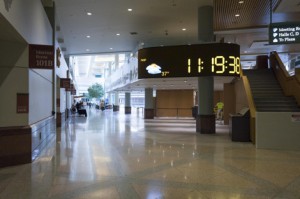 “We chose NanoLumens because we immediately felt the quality of the product and support the company offers created the perfect match for us,” says Tierney. “If a manufacturer isn’t there to support an integrator on a project like this, the project is exponentially more difficult. NanoLumens was very involved from start to finish.” 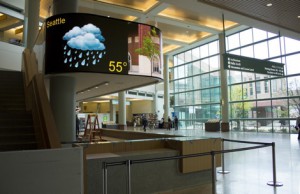 “In the past, we have been limited by the size factor with LED or LCD displays,” says Lund. “NanoLumens offers a true LED continuous large format display, and with its ability to bend around curves will work with some of the most sophisticated designs. Nanolumens’ LED technology allows us to expand into different markets, such as convention centers, where large displays previously would not have been feasible to install due to design requirements or pricing.”

NanoLumens displays are built with the environment in mind: they’re created from 50% reclaimed material and are almost 100% recyclable.

Tierney Brothers Integration was established in 1977 has grown from a Kroy labeling products dealer to a leading provider of interactive solutions that inspire collaboration and improve performance. Its customers include Fortune 500 companies, government entities, educational institutions, nonprofit organizations, houses of worship, and small businesses

This entry was posted on Friday, November 7th, 2014 at 07:00 @333 and is filed under DailyDOOH Update. You can follow any responses to this entry through the RSS 2.0 feed. You can leave a response, or trackback from your own site.