It isn’t digital, but it’s pretty clever: There are areas in Calgary, Canada’s fourth largest CMA, where transit shelter advertising just wasn’t A1 because underground electrical grid connections were just not feasible. 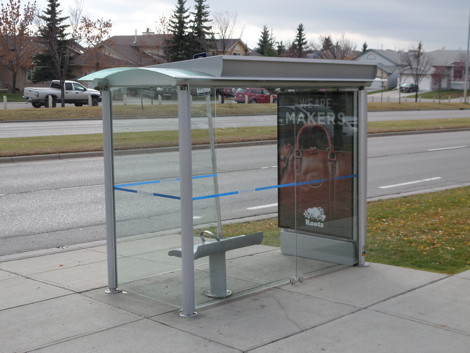 “Solar Technology has advanced to the level where we are now able to bring via this custom solar solution, enhanced light levels to Calgary Transit passenger shelters where underground electrical grid connections weren’t feasible,” says Darcy Clark, national director, transit franchise and inventory management, Outfront Media Canada. “We are also thrilled to be able to assist in the city’s desire to reduce greenhouse gas emissions by decreasing demand on the grid, while simultaneously generating increased impact and ad space exposure for our advertisers.” 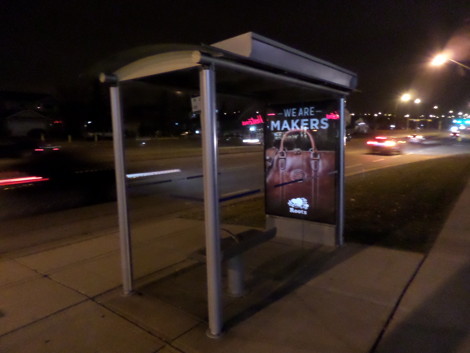 This also enhances Outfront Media’s exclusive Street Furniture contract with the city. In combination with other inventory, Outfront is providing marketers with unparalleled coverage and access to immerse Calgarians in their brand message, wherever they are.

Outfront Media Canada has strong coverage across Canada including the country’s top 10 markets and in an additional 60+ communities from coast to coast. Products include: Digital Bulletins, Digital Posters, Posters and Street Furniture (Transit Shelters, Map Stands, and Kiosks) and high profile large format Superboards in key locations in Toronto and Montreal, as well as the iconic, fully digital Yonge Eglinton Centre launched this month (Nov./14).

This entry was posted on Tuesday, November 25th, 2014 at 11:00 @500 and is filed under Scuttlebut. You can follow any responses to this entry through the RSS 2.0 feed. You can leave a response, or trackback from your own site.