When I wrote recently that Fliphound [1]‘s online buying and selling platform can now be accessed directly through Daktronics [2] Visiconn Display Management Solution to provide seamless and automatic configuration of Fliphound for Daktronics display owners, it was the first time that I had dealt with that automated buying platform for the OOH industry. 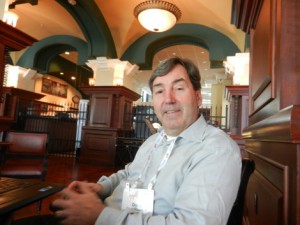 [3]So it was great to meet up with Doug Robertson, Fliphound’s CEO and co-founder whom I had a chance to interview during the OAAA/TAB Convention and Expo [4] last week. Prior to Fliphound, Robertson had worked for Motorola’s cable modem division, then went on to build software for pharmaceuticals used by 6,000 customers, and from there moved on to own Atomic Billboards [5] with a partner in Wichita, Kansas. 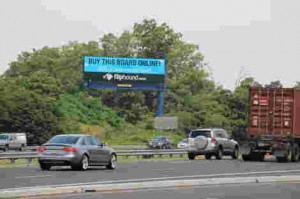 [6]“We know that Lamar has built its own system, but only a handful of operators have the resources and ability to develop their own systems. With Fliphound’s one click integration, we’ve made it easy for advertisers of all sizes. We’re used by Wendy’s, by Dunkin’ Donuts, by local advertisers such as McCurdy Auction. Fliphound is focused on the local/regional ad market (which makes up 70-80% of OOH spend). A small advertiser can buy a couple of boards sitting home in the pyjamas. We can do dayparting. And we will offer fixed contracts.” 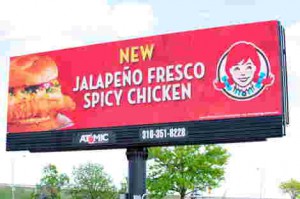 [7]While Fliphound is initially targeting OOH digital billboards, the platform has the capability to serve smaller displays in the digital play space.