It looks as if Creative Mobile Technologies and VeriFone Media, which each equip about 6,500 Yellow Cabs in New York City with the equipment, service, advertising and payment systems on passenger-facing screens, may well be facing a big battle this week. 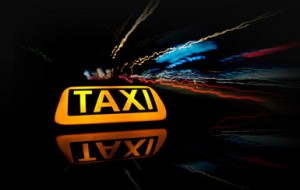 According to the New York Post, the Taxi and Limousine Commission is about to approve a proposal – as early as this Thursday – that would see the replacement of the Taxi TV screens in the city cabs with smart phone or tablet payment systems.

While writers of the New York Post article seem happy that the screens may be going, citing noise, overbright displays, broken ‘off’ and ‘mute’ buttons, we seriously doubt that VeriFone Media, CMT and their advertisers – and probably even tourists – are of the same disposition.

The TLC consists of nine members appointed by the Mayor for seven-year terms with the advice and consent of the City Council, with one member designated by the Mayor to act as the chairman and CEO. According to the New York Post, TLC officials have been flooded with complaints about Taxi TV for years and even admit that the devices have been a big factor in riders switching to app-based services such as Uber. It says that the TLC regularly receives complaints from both passengers and drivers about the Taxi TVs, the responsiveness of its screen, the noise it generates and the repetitive media content it plays.

This was the first we heard about the proposal, so we aren’t sure who initiated it and so far, have been unable to reach the parties involved, but we expect that both VeriFone and CMT must have teams lobbying against it. They’ve each had screens in taxis since about 2007, and those screens are used by hundreds of advertisers, many, if not most, of which are local and like the medium. The screens offer residents and visitors alike information and often, special discounts on meals, shows and more, along with entertainment.

Further, the screens are ADA compliant (thousands of Yellow Cabs are wheelchair accessible) and in the case of VeriFone at least, the screens carry a second channel on behalf of New York City itself. VeriFone Media’s entertainment comes through an agreement with NBCUniversal for its award-winning news, information and entertainment programming. CMT’s main entertainment provider is American Broadcasting Companies (ABC).

Should this proposal pass, it would mean a huge loss of income for both VeriFone Media and CMT, not only in terms of advertising income, but both firms have spent a lot of money in developing Taxi TVs and improving the screens and payment systems over the years. They already offer a payment system. (In fact, we found that the TLC itself had mandated that by the end of January, 2008, all taxis should be equipped with a Passenger Information Monitor: a screen in the backseat that can provide entertainment, a live GPS map of location, and be used to pay for rides by swiping a credit card.)

If the new proposal is approved, the screens would be removed at the taxi medallion owners’ expense. Along with the retirement of Taxi TVs, the TLC has also proposed the introduction of a GPS-based meter to replace the software algorithm-based meters now in use.

And if the proposal to remove Taxi TVs goes through, not only would VeriFone Media and CMT consider it, at the very least, a major mistake, but we feel that it would be a setback for growing one sector of the DOOH industry – especially since so many other cities try to emulate New York.

Maybe all that is needed is a change in the metering and payment systems, but allowing the screens?

This entry was posted on Wednesday, October 14th, 2015 at 07:00 @333 and is filed under DailyDOOH Update. You can follow any responses to this entry through the RSS 2.0 feed. You can leave a response, or trackback from your own site.

One Response to “New York Taxi Screens Fighting For Life?”