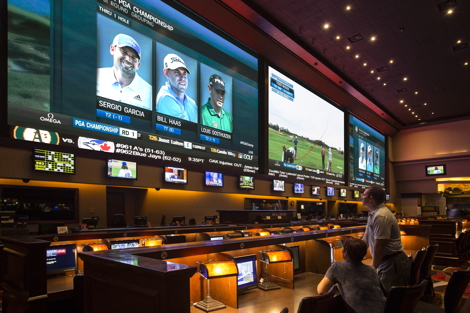 Red Rock Resort is the only Las Vegas-based casino named on USA Today’s Top 10 Casinos. The new solutions, as well as three new 12” tall scrolling screens as footers, are believed to be the largest ones of their kind ever installed in North America. Positioned in Red Rock’s Race & Sports Book for the future, the NanoSlim Engage solutions allow 4K video content to be viewed in Ultra Hi-Def.

The new digital canvases, installed by Las Vegas-based National Technology Associates, replace a total of 18 aging video projectors — six per screen — that were costly to operate and maintain, while requiring regular adjustment to the software. Instead, the three new NanoLumens 2.5 mm NanoSlim Engage solutions offer exponentially brighter pictures at lower operating costs, significantly reducing the Race & Sports Book’s HVAC energy costs. In addition, each visualization solution had to fit exactly into the existing openings where the previous projector-based systems had been; the modular nature of the NanoLumens technology allowed for exactly that.

“These screens are literally running at just 10% of their potential brightness, and are already dramatically brighter than the projection video system they’re replacing,” says H. Waldman, COO at National Technology Associates. “The screens — each 31.5’ wide by 17’ tall, totaling more than 1,700 sq. ft. of video surface with a native resolution of 3840 x 2112 — that were installed in the openings previously occupied by the projection systems were installed one at a time, with two screens able to remain on at any time, allowing the sports book to operate without interruption. 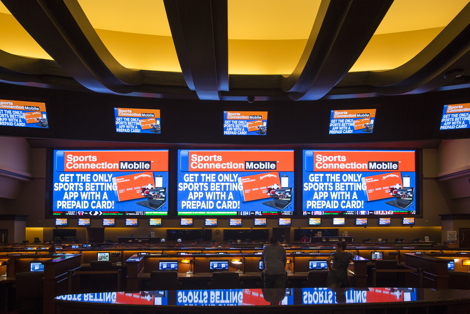 “The NanoLumens Nixels that comprise the walls were simple to install, allowing the walls to be constructed row by row as crews worked behind masking curtains. It took about a week to install each solution, which is very fast considering there were a lot of connections to be made with the new head-end AV system we also installed. The NanoLumens Nixels were extremely easy to work with.”

Technology that enhances the overall entertainment experience is often a big differentiating factor between casinos, and the new NanoLumens solutions is expected to keep Red Rock’s Race & Sports Book at the leading edge. At the beginning of the development process, Red Rock Resort’s management and NTA consulted with NanoLumens about what would be possible for its race and sports book experience to continue to be among the best in the industry.

“They wanted this to be as cutting-edge as possible,” says Doug Fundator, vice-president gaming/casinos at NanoLumens.

At the time discussions began, a 4MM pixel pitch was the highest resolution commercially available.

Fundator says,“Station Casinos’ Race & Sports Book executives wanted the sports book’s AV to be superior with the benefits that LED technology brings with it. NanoLumens was able to provide exactly that, working closely with the customer and the integrator, we were able to make sure everyone’s expectations were met.”

He says that, as a result, the newly renovated Race & Sports Book is ‘a game changer’ — a new benchmark for Las Vegas and for the entire global hospitality industry.

Art Manteris, vice-president of race & sports book operations for Station Casinos says, “The new NanoLumens visualization solutions look fantastic – there’s no separation between Nixels. Now, when you’re watching HD you are not limited by the display only by the source. This is the kind of investment that will continue to set Red Rock Resort apart.”

This entry was posted on Tuesday, October 20th, 2015 at 08:06 @379 and is filed under DailyDOOH Update. You can follow any responses to this entry through the RSS 2.0 feed. You can leave a response, or trackback from your own site.