Following on from last week’s CEO Spotlight on Micky Fung, president of Touchmedia [1] we learned that Shanghai’s municipal government has ruled that no further screens can be installed in taxis, and those already in place must be removed once their contracts expire. 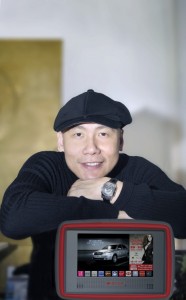 Apparently, screens are to disappear from taxis in the city following a crackdown on all forms of advertising in the vehicles and fines for infringing Shanghai’s new rules are reportedly as high as USD 3,000.

This, we figured would have a major impact on Touchmedia. In fact, the ruling as a whole was somewhat surprising, considering that Touchmedia has been promoting the World Expo in 2010 in Shanghai and was even awarded the Media Award for Community Service from the Beijing Government in 2008 for its role in promoting the recent Beijing Olympics and other community and charitable causes – approximately 30% -to- 40% of Touchmedia screens’ content is an informational or community service.

Touch Media has LCD displays in 27,500 of Shanghai’s 43,000 taxis, mostly in the Bashi and Jinjiang fleets. We asked Tina Han, public relations manager, how the company is coping with the ruling…

Two or three years ago, there were many advertisements about plastic surgery for women, that created an unsavory environment for more established brands.

The new laws specify that companies that still have contracts to run must also have passenger-accessible on-off controls for both video and audio added by the end of this year. Currently, they start playing automatically when the taxi meter begins to run.

Han says that Touchmedia has already been testing the on/off button for more than six months and has data from over 200,000 taxi days.

Touchmedia is not the only one having to deal with the Shanghai authorities’ new restrictions on out-of-home advertising. The city recently limited the number of screens on buses to two per vehicle and also required the installation of volume controls. And billboards were earlier banned from the North Bund area of Shanghai, where many tourists are expected to arrive by cruise ships to take in 2010 EXPO.

No problem however this post sounds like a shot across the bow for any capitalist planning on investing heavily in a communistic business model. The model is only as good as the relationship, by day. As for 10 years of forbearance on the current advertising infrastructure relationship, I would think long and hard about my options pro vs. con-munism.