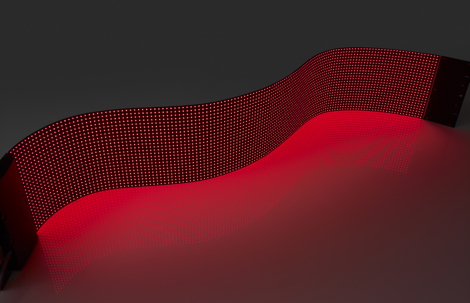 Thanks to its thin, lightweight, and flexible design, the ‘digital wallpaper’ R-series, which attach easily to virtually any surface, including curved surfaces, offer significantly more creative freedom while greatly reducing setup time and cost compared to standard LED displays.

Designed for events and fixed installations, the R-series free customers from the limitations of traditional LED displays when digitizing their venue or billboard. Offering 10mm pixel pitch, the outdoor-rated R10 is the first model that’s being introduced – followed by other pixel pitches soon – and will be shipping from Q2 2016 onwards.

“Venue owners and retailers are faced with the ever-challenging task of catching the attention of consumers and visitors,” says Chris Colpaert, vice-president LED at Barco. “With our revolutionary R-series digital wallpaper, we free designers from the limitations of traditional LED displays, making their message stand out in unimaginable venues and installations. We are expanding creative possibilities far beyond traditional LED applications. With the R-series, eye-catching LED visualization can now be installed in applications and on surfaces that were previously impossible, like curved façades, subway station tunnels or creative stage sets. The flexible, lightweight, and ultra-thin design ensures smooth and quick installation, driving down setup time and cost.”

Eliminating the need for a supporting structure, the R-series can even be glued onto a surface. Thanks to its unique flexible design – this digital wallpaper can even be wrapped around curved surfaces: architectural constraints are reduced and less space needs to be freed up. Another remarkable benefit is that there’s almost no visual segmentation or gaps as is the case with standard LED displays.

For store façades, museums, theaters, houses of worship, stadiums, corporate or event venues, installation and maintenance are key cost drivers. Weighing less than 6kg/m2 and only 5mm thick (including louvers), the R-series is much easier to install than traditional LED displays, which minimizes installation cost. Offered in sheets up to 4.68 meters long and 5 mm thick, large amounts of the product can be stored and transported, and larger surfaces can be covered at once – reducing costs further, while speeding up installation time. Cabling, control, and power electronics are fully integrated on every sheet, to cut cable clutter. Moreover, the power supply unit can be located remotely for easy servicing. 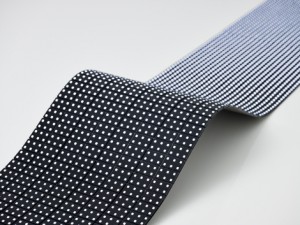 The R-series are driven by Barco’s Infinipix image processing backbone. This future-proof platform provides a straightforward web-based interface that enables display configuration, dimming, control, monitoring, and maintenance – anywhere, anytime, and from any device. Based on HTML5, different operating systems and mobile devices can be used to control the R-series, both on-site and off-site. The system supports SNMP to export monitoring data, but sends automatic failure alerts and status notifications as well, to minimize operational risk.

Barco will also be introducing the R-series in the US at #dse2016 in the Las Vegas Convention Center, March 16-17. Barco is in booth 917.

This entry was posted on Sunday, February 7th, 2016 at 13:01 @584 and is filed under Scuttlebut. You can follow any responses to this entry through the RSS 2.0 feed. You can leave a response, or trackback from your own site.