Lincoln Tunnel’s New Digital Board Up And Running

Branded Cities Network’s new digital board at the Lincoln Tunnel in New York is now fully up and operational. 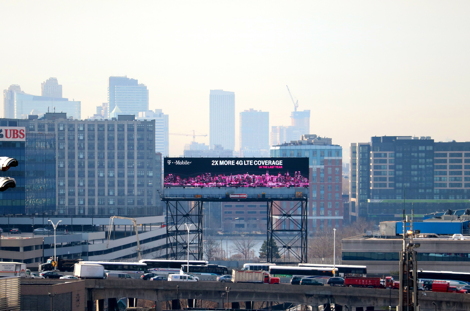 Measuring 20’ high by 100’ long, the digital board is the largest digital display in the area. Prior to its conversion, the Lincoln Tunnel was the highest rated single board in the entire DMA, generating over 1.5 million impressions on a weekly basis. Preliminary impression data from the TAB shows that this trend will continue and be the highest rated digital board located at the Lincoln Tunnel.

This entry was posted on Wednesday, March 30th, 2016 at 16:24 @725 and is filed under Scuttlebut. You can follow any responses to this entry through the RSS 2.0 feed. You can leave a response, or trackback from your own site.