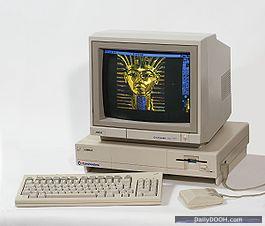 Scala this week announced that it had sold its 100,000th software player and claimed in said press release that it had “reached a milestone unmatched by any other digital signage software company” – evidently a recent purchase from pharmaceutical company Novartis to expand its (NOTE) ‘internal” digital signage network marked the sale of more than 15,000 players since the beginning of 2009.

15,000 in the four and half months of this year seems VERY high – yes they won the Sprint retail stores (1,300 licenses) and ECE Flatmedia but who else to get such a high number? Scala declined to comment on the makeup of the numbers which is stupid when you have just released a press release about them. Back up the numbers with fact or shut up!!

To help put these numbers in context, folks like EnQii probably have something like 15,000 live licenses, signagelive (if you include all ediitons; desktop, screensaver, display) probably has 8,000+ though we think they will easily get to 15,000 or so by the end of 2009 and TELentice probably have in the region of 17,000 licenses.

Anyway, it may have taken them 20 – 25 years to get there (no-one seems to have noticed also that the figures don’t gel with Frost & Sullivan’s ridiculous report of 18 months ago either) but it’s a nice milestone nonetheless so congratulations to Scala and all its VARs are in order.

This entry was posted on Friday, May 22nd, 2009 at 08:53 @411 and is filed under DailyDOOH Update. You can follow any responses to this entry through the RSS 2.0 feed. You can leave a response, or trackback from your own site.