British Airways has renewed its media holding on atmAd cash machines for the FIFTH time in a row. BA’s long-term ATM strategy, which was first initiated with a six-month agreement in 2005 targets business and leisure travellers over the next 12 months with seasonal offers, flight sales, and information on online check-in and new routes. 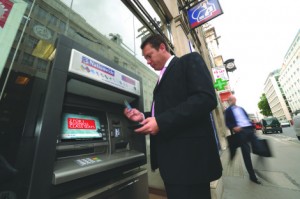 Anna West, Global Media Manager at British Airways told us “atmAd’s advertisements sit perfectly within our campaign of delivering tactical, as well as strategic messaging to a targeted audience,”

BA will run two dynamic ads a month, targeting business travellers via key ATM sites located in the City of London and in proximity to UK-wide business and mainline transport hubs. In addition, key sites in busy high streets will target leisure travellers.

This entry was posted on Friday, May 29th, 2009 at 11:28 @519 and is filed under DailyDOOH Update. You can follow any responses to this entry through the RSS 2.0 feed. You can leave a response, or trackback from your own site.