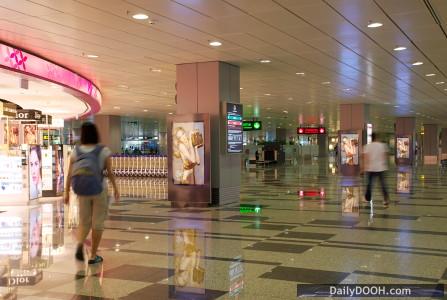 Gucci is using EYE [1] for the first time to launch its Gucci by Gucci fragrance with an advertising campaign spanning Terminals 1, 2 and 3 at Singapore Changi Airport.