With Mastercard president and CEO Ajay Banga, British Vogue editor-in-chief Edward Enninful and WPP UK country manager and chairwoman MediaCom UK & Ireland Karen Blackett topping the list (we assume it is in some order) it is mighty impressive and says a lot about the man, that Primesight CEO Naren Patel has made the 2019 EMpower ethnic minority executives list (he is Number 49 if you want to scroll down and read his entry). 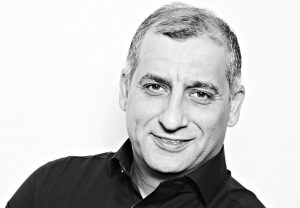 These executives are within at least three levels from the chief executives at large companies, or are the leaders of smaller organisations.

All of the ethnic minority leaders were nominated by peers and colleagues. Nominations were then reviewed by EMpower’s judging panel. Each person was scored on the influence of their role, their impact on ethnic minority inclusion inside and outside the workplace, and their business achievements.

This entry was posted on Monday, June 10th, 2019 at 08:37 @401 and is filed under DailyDOOH Update. You can follow any responses to this entry through the RSS 2.0 feed. You can leave a response, or trackback from your own site.