Watchfire Signs this week announced a partnership with Blip that will allow users of Watchfire’s Ignite software to enable Blip with a single click. 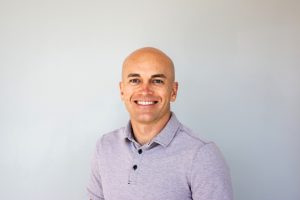 Blip is a self-serve marketplace in the United States where a business with any budget can easily buy airtime on a digital billboard. This integration enables Watchfire customers to use Ignite as usual, but with the seamless addition of enabling sales through the Blip marketplace.

Blip President and Co-founder James Munnerlyn said “It requires technology and intelligent automation to service small and medium sized businesses in a profitable manner. By integrating Blip into Ignite, Watchfire users get a pushbutton solution to profitably gain access to Blip revenue from net-new audiences.”

Watchfire’s VP, Digital Billboard Division, Darrin Friskney told us “This is a release our customers have been asking for. Billboard operators love our software, Ignite OA, and they love the revenue Blip delivers; but they wanted them both in one easy-to-use platform. This is it. The day-to-day use of Ignite remains, and to enable Blip, our customers flip a switch to make their inventory part of the program. It’s easy and will increase revenue.”

Watchfire customers can contact their Watchfire representative for a demo. We are told that a dedicated team from Blip and Watchfire will help make sure that everything is setup correctly, so that customers can expect to begin receiving new advertising demand without delay.

A short video explaining the partnership can be viewed here.

DDI Media is a full-service billboard and outdoor advertising company servicing the greater St. Louis area for over 35 years. Vince Miller, President of DDI Media shared his experience working with Blip: “We’re now connecting with smaller businesses who wouldn’t normally have the budget or scale to buy OOH advertising. Blip has brought us incremental revenue from new customers, without competing against our sales team or targeting our existing client base. There have even been months where Blip has been my number one or number two salesperson for their allocated inventory”. With more than 1,100 available billboard faces, DDI’s locations in Missouri and Illinois, along with the DDC Signs billboards the company manages in Indiana, Alabama, Iowa, Mississippi, Kansas and Tennessee give advertisers excellent market coverage.

Blip optimizes OOH media revenue by making billboard advertising accessible to the masses. As the first self-serve, pay-per-blip digital billboard marketplace, Blip brings incremental new small business advertising customers to digital Out-of-Home media companies at scale. By democratizing access for a whole new segment of buyers, Blip is on track to make out-of-home a part of the standard canon of advertising for companies of all sizes.

This entry was posted on Wednesday, November 6th, 2019 at 13:52 @619 and is filed under DailyDOOH Update. You can follow any responses to this entry through the RSS 2.0 feed. You can leave a response, or trackback from your own site.