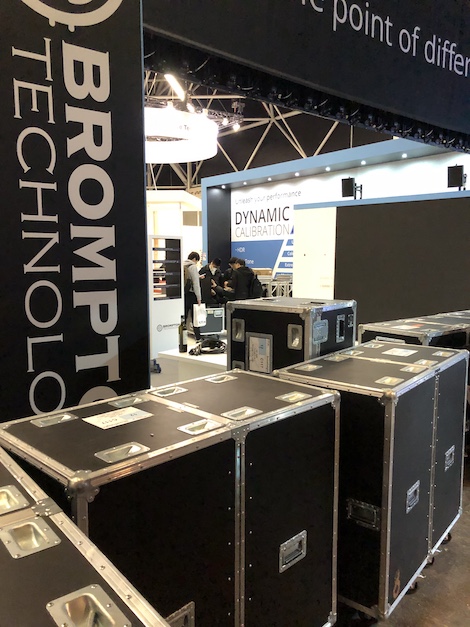 What possible interest could AOTO Electronics (Stock: 002587), founded in 1993, a world leading LED application solution provider (some employees of theirs shown above) have in British technology leader Brompton Technology and why on earth would they (AOTO) be on the Brompton Stand at 23:30 on a Friday evening (as shown above) when every exhibitor was either packed away or packing away?

Brompton Technology are best known for creating powerful LED video processing products for the live events and entertainment industries. Its Tessera system is undoubtedly the market-leading processing solution for LED video walls and is used in high-profile events ranging from the Academy Awards (the Oscars) to tours by acts such as Ed Sheeran, U2, Roger Waters and Metallica.

Although there are some LED manufacturers, ROE for example, who have controversially decided to go down their own path with control and calibration, the vast majority of LED manufacturers would end up using either NovaStar or Brompton Technology. 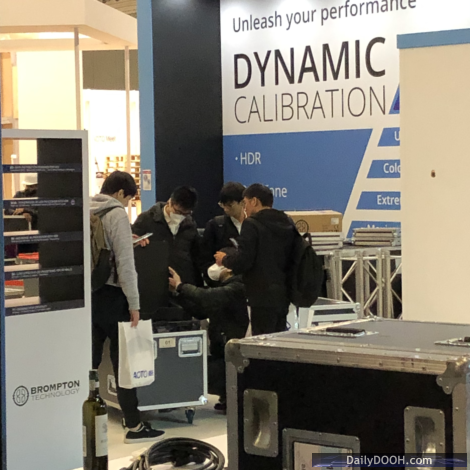 This entry was posted on Sunday, February 16th, 2020 at 13:33 @606 and is filed under DailyDOOH Update. You can follow any responses to this entry through the RSS 2.0 feed. You can leave a response, or trackback from your own site.