It’s with great sadness that we have to report that successful healthcare media executive Larry Newman has passed away. 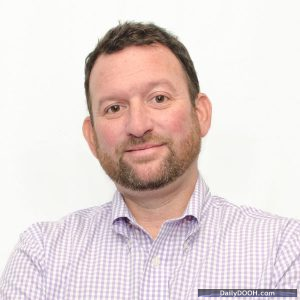 [1]Most people will probably know Larry from when he served as the Chief Strategy Officer at Health Media Network (HMN). He joined HMN in 2010 and lead HMN’s strategy and most of their innovation. Larry served many roles at HMN including his longest tenured role of Chief Operating Officer for nine years. Throughout the his time at HMN, Larry assembled and lead a tremendous team of professionals and he orchestrated dramatic growth for the business.

Prior to HMN, Larry founded and sold the Spectrum Health Network, a successful digital signage company with a focus on large group practices and hospital systems. Before becoming involved in the digital out-of-home industry, Larry specialized in healthcare economics and co-founded one of California’s largest healthcare management companies.

He was a highly respected and well connected media executive. He sat on the board of PoC3 and was instrumental in establishing the guidelines and benchmarks that are currently being used in the Point of Care industry today.

Most recently he expanded his media horizons outside the U.S. and took on a role as a Global and Media Consultant. He had clients in Europe and the U.S.

The time we worked with Larry after I acquired Spectrum from he and his father was a great experience. Larry was always upbeat and ready for the next challenge. When we sold Spectrum to HMN I said the most important asset they could pick up in this transaction would be Larry. RIP.

So sad to read this. I worked with Larry for some time while he was building HMN. He was definitely someone I’ll remember and enjoyed talking to. RIP.