We mentioned, almost 10 weeks ago, at the beginning of lockdown the idea that the technology that folks such as AdMobilize had, could quite easily be used to detect whether a person was wearing a mask or not, in fact AdMobilize formally announced the existence of such technology only recently. 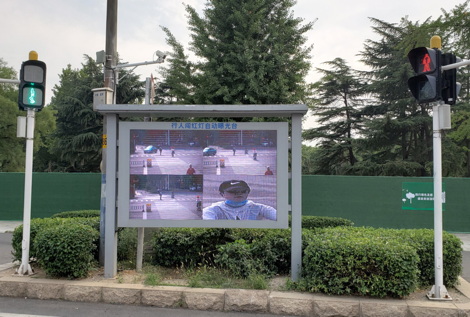 Whilst we weren’t suggesting “naming and shaming”, anonymous analytics to show who was / wasn’t wearing by gender, age, ethnicity etc., would have been useful (and UK based agency Voodooh even volunteered to work on making a campaign based on a fun element using this concept).

Anyhow, as you can see from the photograph above, the Chinese aren’t worried about shaming. Those who are NOT wearing a mask at this intersection are prominently displayed on the billboard.

This entry was posted on Saturday, June 20th, 2020 at 14:43 @655 and is filed under Scuttlebut. You can follow any responses to this entry through the RSS 2.0 feed. You can leave a response, or trackback from your own site.