It wouldn’t have taken a rocket scientist to guess that the first #DOOH Network to be a #Covid19 casualty was one involved in the Mall business. Word reaches us that Lightbox OOH Video Network (nee Adspace Networks [1]) is in SERIOUS trouble as it would appear that they have received no revenues from their 300+ Malls in over three months. 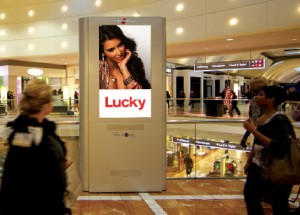 [2]To his credit, Lightbox CEO Greg Glenday emailed staff earlier this week to inform them. He told employees that in order to avoid a bankruptcy filing, the board of directors has been forced to look into the possibility of some sort of M&A transaction in order for the company to meet all of its financial obligations.

Adspace’s problem from the beginning was that they were never able to position their screens as a ‘strategic’ Ad buy. Quite simply, they were always “left over money” meaning that they were a tactical buy in a year when spare money was available, but typically ignored the next and following years.

With large debts, huge commitments to landlords and some seriously huge salaries, it’s sad to say that the Lightbox OOH Video Network is most probably not a going concern. Whilst it is unpleasant to suggest, as many jobs will be lost, it’s likely a business that no-one will want to step in and save.