XTD (ASX:XTD)’s Motio Health has teamed up with Diabetes Australia and Brisbane based Agency, Scout to launch a new TVC that has been adapted beautifully for Digital Out Of Home to bring home the message of the complexities of Diabetes the hundreds of decisions that need to be made every day by sufferers of the disease. 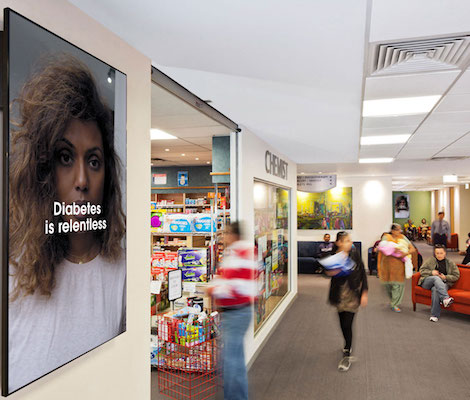 People with diabetes have been hit extra hard by the pandemic. Not only has it [the pandemic] impacted their physical health with disrupted access to services and a higher risk of #COVID19 related illness – but for more than 40% of people with diabetes, #COVID19 has had a negative impact on their mental or emotional health.

Taryn Black, Diabetes Australia Policy and Programs Director said “Scout Frontier and Diabetes Australia is excited to be partnering with Motio for National Diabetes Week in a media first. It’s really fitting that such an important health initiative will be the first campaign to run on Motio’s expansive Health Network within General Practices around Australia”. 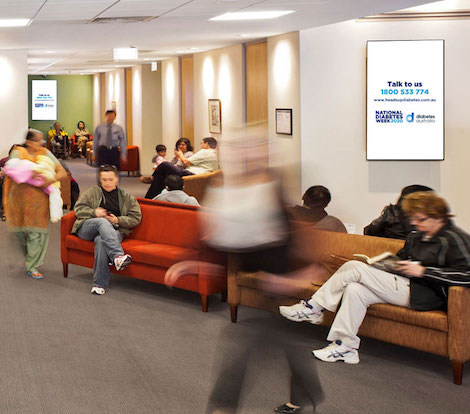 Adam Cadwallader, Managing Director of Motio told us “It’s not easy taking a TVC and making a meaningful out-of-home campaign come to life. Our network reaches well over three million Australians every month across health and wellness environments, meaning this important campaign is an important boost in fighting one of Australia’s most preventable killers that is so very prevalent in our industry”.

With its brand new Health network up and running and the ink now dry on its National representation deal with Medical Media, Motio has created one of the most unique Place Based Media environments in Australia. The campaign begins today to support and promote national diabetes week.