Outcome Health founders Rishi Shah, Shradha Agarwal, Outcome CFO Brad Purdy and executive VP Ashik Desai who allegedly defrauded investors out of hundreds of million of dollars now know that they are due in court February, 22, 2022. 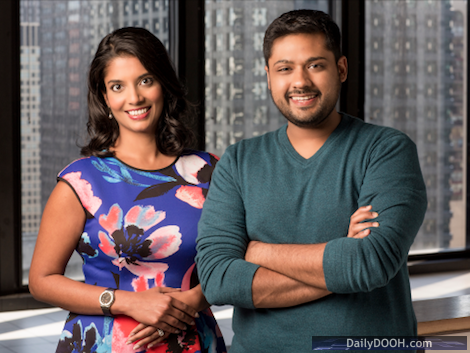 In February 2018, we wrote ‘The Truth About Outcome Health’ which you can read here [1].

Last November, they were charged in federal court last with a combined 26 counts of fraud. Prosecutors say that Outcome (formerly Context Media), which operates digital tablets in doctors’ offices and waiting rooms that display health care content and advertising, allegedly over-billed companies for ads that were never delivered and falsified revenue figures in an effort to raise nearly a billion dollars in loans and equity investments.

Ashik Desai pleaded guilty to the charges last year and is cooperating with the investigation whereas the founders are still protesting their innocence. For those of us in the industry, or dare I say the corporate world who are sick and tired of this sort of shit, you will be pleased to know that when found guilty they may well rot in jai for 30 years.

Prosecutors allege that Shah, Agarwal, Purdy, Desai and other Outcome employees lied about the number of screens, that ads were running on, falsely inflated engagement metrics, inflated revenue numbers and used those inflated financial statements to obtain the USD 487 million equity investment, as well as a USD 110 million loan in April 2016 and a USD 375 million loan in December 2016.