As usual the organisers of Integrated Systems Europe issue a press release, or statement without ever addressing the elephant in the room and the sycophantic AV press lap it up and won’t or daren’t say what is really happening. 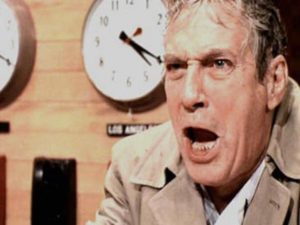 #ISE2021 which, until last week, the organisers still thought had a chance of taking place in Barcelona June 1-4, 2021, that is until 500 exhibitors pulled out in one week, finally scuppered any chances of some semblances of a trade show, has finally been CANCELLED.

The latest media statement entitled ‘ISE 2021 evolves to support AV industry getting back to business #ISE2021′ told us that they are are now planning a series of local events in Barcelona, Munich, Amsterdam and London which we are told will be supported by a comprehensive digital offering powered by CISCO.

In the release Mike Blackman said “We have reached this decision following extensive discussions with our exhibitors over the last few months, and more explicitly, these last 10 days. All along there has been a clear demand for a four-day ISE show in Barcelona in June. However, uncertainty surrounding the pandemic and international travel remains, which means we are unable to run ISE 2021 in its traditional format. Our exhibitors have made it clear that there is a desire to get the industry together, but on a local level. In response, we are targeting Europe’s key markets across the AV sector and aim to deliver a quality audience who want to meet potential suppliers, existing customers and network with their peers”.

No, Mike, enough is enough and you need to stop this bullshit.

Mike, you and your team have been making this ‘strategy up as you go along. You have wasted an inordinate amount of your exhibitors time when you could have just bitten the bullet and realised that Spain in June is in no fit state to host tens of thousands of visitors late last year. Many of your exhibitors as well, are reeling from the affects of the pandemic and lockdown these last 12 months. You pushed ahead with a trade show because that is the only tool in your armoury. If you really had the interests of the AV industry at heart you would not have pushed this far with a foolhardy plan that was doomed to failure from the start.

One line in the statement should really make the industry mad, we quote “With the uncertainty surrounding the pandemic and global travel restrictions, ISE Live & Online will take the place of the traditional in-person large tradeshow format”. Really? No shit!

The ISE Live & Online Schedule which asks more questions than it answers; who will attend, who will exhibit, are they really expecting exhibitors to ship to four different cities is comprised of: –

David Labuskes, AVIXA CEO has finally woken up and smelt the coffee. He said in the statement “COVID has taught us all to listen more attentively. Listen to our neighbours, our family, our co-workers, our customers and our market. I believe this approach reflects what we’ve heard, a strong desire for prudent and safe face-to-face gatherings that can reinforce business connections and initiate growth. We are honoured to be in a position to offer these to our community” – that dear David should have been obvious last year – yes, you should have listened last year NOT three months before the event was supposed to take place.  You either pushed Mike Blackman very hard to ensure that the Barcelona event took place (AVIXA after all, must be bleeding cash again now, so it is obviously an event you need) or you just let him forge ahead regardless.  In normal organisations, heads would roll as a result of a fuck-up like this.

Mike Blackman said “We have been humbled by the many messages of support that we have received from our customers and partners who have appreciated the steps we have taken. We look forward to continuing to serve the industry in the year ahead and cannot wait to come back together in Barcelona, delivering the ISE show in February 2022”, I’d love to see those messages because I doubt there were many.

What Mike should be offering the industry is an apology, an apology to those whose time he has wasted, an apology for his arrogance in thinking that he could just push this through and make it happen and lastly, an apology to me, because just like Howard Beale “I’m as mad as hell”.

This entry was posted on Friday, March 12th, 2021 at 13:05 @586 and is filed under Scuttlebut. You can follow any responses to this entry through the RSS 2.0 feed. You can leave a response, or trackback from your own site.

One Response to “#ISE2021 Barcelona Cancelled”