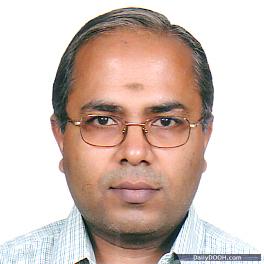 We told you that STRATACACHE [1] will soon be opening up a European head office in Shannon, Ireland – well that still hasn’t been officially announced yet but we see that this week they announced a major presence in India.

The Indian Branch office will effectively support all of their Asia-Pacific Digital Media projects and initiatives.

April 10, Dayton, Ohio—STRATACACHE, a leading provider of scalable, high-speed data delivery solutions for the digital cinema and digital signage industries, today announced the opening of an office in Mumbai, India.

“DCP distribution over satellite and terrestrial networks is at a transformational stage, and STRATACACHE is excited to be at the forefront advancing this movement,” said Filip Vandenbusshe, VP STRATACACHE International. “Movie distributors and theatres expect a reliable, bandwidth-efficient means of distributing movies. Our investments in people and technology demonstrate our resolve to deliver a more efficient means of DCP distribution.”

Newly released OmniCast for Digital Cinema 4.0 represents STRATACACHE’s latest technology advancement in this area. OmniCast 4.0 now has even higher bandwidth capabilities for sending the largest files simultaneously at very high speeds (up to 300Mb/s) over satellite, terrestrial, wireless or hybrid networks. OmniCast for Digital Cinema can move files of any size and format (from MPEG-2 to JPEG 2000) over any network with 99 percent bandwidth utilization.