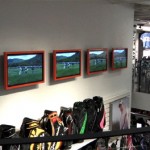 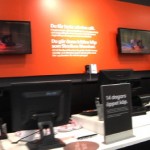 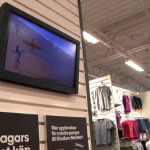 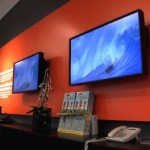 It’s a big win with Stadium having something like 110 stores throughout Sweden, Finland and Denmark.

For this project, Harris worked closely with local services company Effektfabriken, which provided Stadium with a central management and hosting facility as well.

Kristian Lundman, media manager, Stadium Communications told us “We now have the flexibility of a modern in-store digital signage solution, with room to evolve into dynamic in-store advertising or high definition when the time comes.”

Effektfabriken is a trademark fully owned by Nordic VFX Company AB. Effektfabriken is a services company and produces moving images and designs, from corporate presentations, commercials, event films and documentary to digital signage, games, Web design and 3D visualizations. Nordic VFX Company started in 2004 with six employed creatives and a turnover of € 450, 000 a year.

This entry was posted on Saturday, August 22nd, 2009 at 09:54 @454 and is filed under DailyDOOH Update. You can follow any responses to this entry through the RSS 2.0 feed. You can leave a response, or trackback from your own site.