The creators of the viral @DeepTomCruise account on TikTok, viewed over 70M times with 1.5M followers have announced the launch of Metaphysic, a synthetic media platform that uses deep learning and artificial intelligence to help brands, creators and the entertainment industry create hyperrealistic content without the expense or time required to shoot in-person. 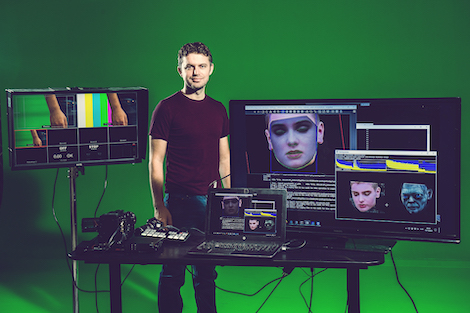 Chris Ume, co-founder at Metaphysic “There’s a huge appetite for new forms of expression in video powered by AI, and this is pushing the boundaries of technology and art in fascinating ways. At Metaphysic, we want to further decentralise the production of video content. We’re building AI tools to give brands, influencers and creators limitless possibilities for video creativity and entertainment”

The software being developed by Metaphysic will help creators process datasets, mix and remix proprietary and open source AI models and integrate traditional production workflows. The result is a decentralised production process that can generate exponentially more hyperrealistic content without extra time and cost.

Tom Graham, co-founder and CEO at Metaphysic said “Over the course of the pandemic, demand for synthetic media skyrocketed because in-person production was off-limits. We saw the need for streamlined tools to power a future where AI will help even non-professional creators make amazing photorealistic content in an ethical and scalable way”.

In addition to creating @DeepTomCruise, the Metaphysic team also used its technology and learning models to create Procter & Gamble’s most recent Gillette throwback ad. During the 2021 NFL Draft, Gillette wanted to recreate the excitement of Deion Sanders’ iconic 1989 draft day drip. Working with Metaphysic, the production team was able to create a synthetic version of the young Sanders exactly as he looked on the night he was drafted. The campaign was a huge success, generating millions of engagements for the brand.

Award winning director and Grammy nominated producer Harv Glazer and his team at Nice Shoes New York chose the Metaphysic team to help them bring their latest spot for Gillette to life: “We are always looking for innovative technology to push the boundaries of our creative possibilities. Working with the Metaphysic team to recreate a young Deion inspired the same nostalgia, hope and awe that defines his place in the American psyche. Best of all, the realism of the technology really elevated the illusion and captured the imagination of our audience.”

Metaphysic is committed to ethical use of its technology, including prohibiting the creation of content where it knows that it is designed to mislead or deceive.

This entry was posted on Wednesday, June 23rd, 2021 at 13:05 @587 and is filed under DailyDOOH Update. You can follow any responses to this entry through the RSS 2.0 feed. You can leave a response, or trackback from your own site.