DPAA, the global trade marketing association connecting out-of-home media with the advertising community while moving OOH to digital, has announced its first speakers for their in-person and fully live Video Everywhere Summit [1] which takes place during New York Digital Signage Week [2] on October 12 at Chelsea Piers on the Hudson River. 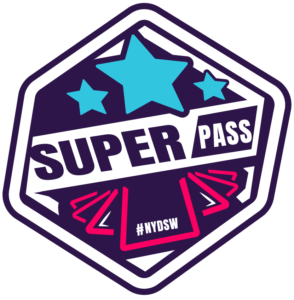 Barry Frey, President & CEO of DPAA said “Each of these brands and speakers has a story to tell, especially given the changes to marketing and advertising in the last year and half”.

The Summit celebrates the growing role of Digital Out of Home and DOOH programmatic in today’s Omnichannel mix. DPAA will announce more speakers and a few surprises soon.

This year’s Summit will feature more networking time, and a dazzling venue with new and unique programming and physical configurations.

There are still a handful of DPAA Member Super Passes available; DPAA members can purchase a super pass that includes access to the DPAA Video Everywhere Summit (October 12), the DailyDOOH Investor Conference [3] (October 13), and the Global LED Summit [4] (October 14). The DPAA Member Super Pass offers DPAA members a significant discount on these three events – a $3,000 value for $750.

[6]The DPAA Video Everywhere Summit on October 12 is just one of many events being held during New York Digital Signage Week [6].

Now in its 10th year the week will be the usual heady mix of FREE and PAID for events – conferences, showcases, cocktails, open house, breakfast debates, tours, a mini trade show, other ad-hoc activities and The DailyDOOH Gala Awards. [7]