A new programmatic digital out of home research paper released today by VIOOH reveals that the future of #pDOOH looks promising and its increased inclusion in multi-channel programmatic campaigns is likely to be a key driver of widespread adoption.

The report, entitled ‘Programmatic OOH State of the Nation’, provides a unique insight into the digital out of the home industry by combining survey data with in-depth interview responses. VIOOH in partnership with international research consultancy, MTM, surveyed 1,000 senior agency and advertising executives across the U.S., U.K., Germany, France and Australia.

The findings identify that since the outbreak of #COVID19, the need for campaign flexibility has been a critical consideration for brands, and once prDOOH is used for the first time, advertisers are becoming reluctant to return to more traditional buying methods for OOH.

Jean-Christophe Conti, Chief Executive Officer at VIOOH told us “VIOOH’s new State of the Nation report gives further proof that programmatic is the accelerator for DOOH growth, allowing it to be truly integrated into multi-channel campaigns for the first time. Increasing numbers of advertising executives are drawn to the versatility and value that programmatic DOOH offers, and state that they won’t go back to more traditional ways of buying OOH. The report also shows that buying responsibilities are being spread across digital programmatic and OOH teams, supporting this shift towards programmatic DOOH. Agencies and advertisers therefore need to establish clear strategies for prDOOH, build expertise to address any knowledge gaps and help create best practices to integrate prDOOH into more multi-channel campaigns”.

Key findings from the report include: 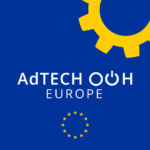 The conference now in its third year will be chaired by LDSK’s Andy Hamblin (Andy also chairs the London event each May) and he has already lined up a fantastic bunch of speakers, making this conference, that regularly attracts 100+ attendees, a truly European affair.