MediaLink, the media and entertainment consulting firm has had a notable presence at CES in pre-pandemic times, including its well-attended opening night party at the show but has this year decided to cancel all of its #CES2022 events. 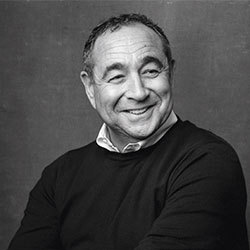 Michael Kassan, CEO of MediaLink said “With an overabundance of caution, we’ve decided to cancel our MediaLink Opening Night and Executive Dinner events. CES is and will remain one of the most important gatherings for the media, marketing, technology and entertainment communities, which is why more than 2,000 companies are continuing preparation and plans to participate in January. We remain committed to our partnership with the Consumer Technology Association and CES remains an important time on our annual calendar. We look forward to once again returning to Las Vegas for CES 2023”.

We understand that Medialink intends to shift the company’s C Space tracks to virtual meetings and programming and will proceed with plans to create a virtual #CES2022 show floor tour.

This entry was posted on Thursday, December 23rd, 2021 at 18:28 @811 and is filed under Scuttlebut. You can follow any responses to this entry through the RSS 2.0 feed. You can leave a response, or trackback from your own site.