Alight Media has announced a new growth milestone with its Digital 48 Sheet (D48) network now reaching 200 screens across the UK. 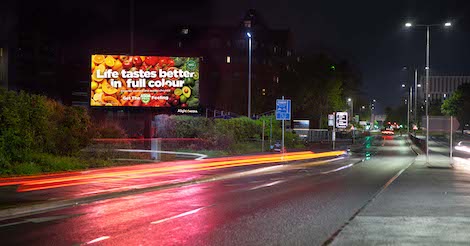 Alight Media CEO, Matthew Dearden told us “Since we launched, our goal has remained constant – to help advertisers reach people in underserved areas with the highest quality sites and screens. Reaching 200 D48 screens is a fantastic milestone, but this is just the beginning for the Alight team. This year, we have ambitious plans to build further scale through our digital first approach which will add value to our advertiser and agency customers through greater transparency, flexibility, creativity and efficiency.”

Advertisers can now engage people in 102 towns through Alight’s D48 portfolio, 52 of which are unique to Alight Media.

Covering every BARB region, Alight Media is now Number 1 for unique towns, Number 2 for total towns, and is expected to become the largest provider of D48s in 2022 as its bold rollout plan continues at pace.

Launched three years ago, Alight Media has fast evolved from a media start-up to become a top five OOH media owner. Alight has grown by focusing on delivering incremental audiences in underserved areas. The company has developed a truly national roadside offering that brings the power of digital out-of-home to new locations across the country.

Alight now helps advertisers engage 30% of UK adults every fortnight with x10 growth in audience impressions since 2019, hitting 225m in January 2022. This rapid expansion has seen 97% of Alight’s sites installed after January 2020 – the toughest period for our industry.

Together with its fast-growing D48 network, Alight has also launched the UK’s first D6 4k roadside network to complement its full portfolio of 1,500 OOH advertising sites.

This entry was posted on Thursday, January 20th, 2022 at 13:50 @618 and is filed under DailyDOOH Update. You can follow any responses to this entry through the RSS 2.0 feed. You can leave a response, or trackback from your own site.