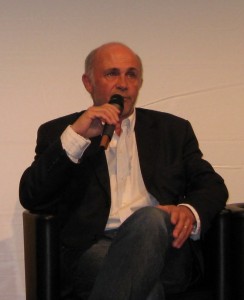 Marc Ballu has a lot of real ‘hands-on’ retail experience, dealing with some of the toughest  major supermarket chains in the country, such as Auchan [6], Monoprix [7], Géant Casino [8] and Carrefour [9] as well as car parts chain Feu Vert [10]. Each has its own business model – in some cases Retail Media is just a supplier, and the network is financed by the store as part of its communication programme (e.g. Monoprix) or by twisting its suppliers arms to advertise (Géant Casino) – in others it is funded by Retail Media who then sells ad space (e.g. Auchan Music, which is now profitable). Marc stressed that good content is fundamental to the success of a network – it’s essential to have interesting content to attract audience in order to be able to sell ad space. And the key to having a successful integration is to have a CEO who believes in the project and who knocks heads together to make sure that all departments cooperate – otherwise you get stuck in turf-wars. 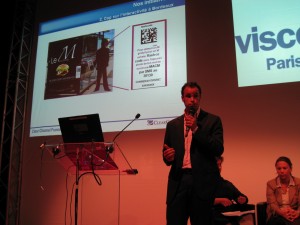