Tokyo, Japan. Marunouchi Subway passengers caught an early glimpse of the future of transit advertising, weeks ahead of Tokyo Metro’s Oct. 1 rollout of digital signage screens at train stations throughout the metropolis. The new digital signage media, “M Station Vision,” has been installed in 6 major Tokyo subway stations, all on the Marunouchi train line which boasts a massive 1.1 million riders daily. 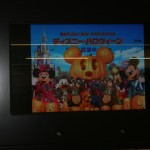 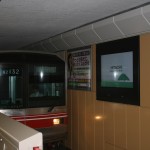 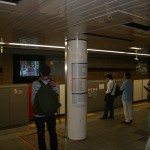 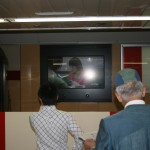 Screens embedded in the walls opposite waiting passengers, roll TV style commercials, while captive audience members wait for trains. Tokyo Metro got around the problem of excessive noise by installing directional speakers that limit audibility to those people standing directly in front of the screens.

The surprisingly unobtrusive media has popped up in Tokoy over the last 2 months, part of a stealth rollout of the OOH Subway media. The network consists of 72 displays, 12 in each of six train stations total, each 65 inches and high definition. The official launch date is October 1st, but screens have been up and running and packed with paid advertising.

In-house affiliate Metro Ad Agency has signed a number of agreements, including deals with global interests Paramount, Disney, Coca-Cola, as well as with local darlings Hitachi, Aicom and HIS Travel.

Ads loop in 4 minute rolls, containing 16 ads, each 15 seconds long. Advertisers can target their audience by choosing from one of three daily time periods, morning, afternoon and evening.

The six stations are located in downtown business districts and boast a ridership that is 73.1% made up of ‘Business Persons.’

This entry was posted on Thursday, October 1st, 2009 at 20:21 @890 and is filed under Scuttlebut. You can follow any responses to this entry through the RSS 2.0 feed. You can leave a response, or trackback from your own site.