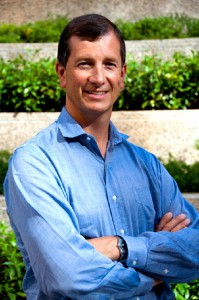 audience media company JiWire [1], has enticed David Courtney to join the company as CEO where he will work closely with Kevin McKenzie, JiWire’s founder and president, to continue to accelerate the firm’s growth and to expand its leadership position in the U.S. and overseas.

JiWire, which reaches more than 20 million unique users per month through its public Wi-Fi advertising channel, is available at 30,000 locations across the U.S. (and the Calgary Airport in Canada).

“I wanted to get back into the operating side of the business, and see JiWire as a company with scale, with opportunities for growth, with a desire to expand venues and into new markets,” says Courtney. “Plus, I had met with Kevin and feel that we have a complementary fit in terms of our experience.”

Earlier, at TiVo, he held a variety of senior executive positions, including as executive vice-president of worldwide operations and administration and as group executive of corporate products and services where he oversaw two of TiVo’s three operating divisions. He also played a key role in taking the company from early start-up to household-name. During Courtney’s tenure at TiVo, the company grew from its pre-product phase in 1999 to 5 million subscribers and $250 million in revenue six years later.

“Dave adds deep financial and operational experience in the media and technology markets to the team at JiWire,” says McKenzie. “Looking ahead at our ambitious plans for growth, I recognize that a strong partner is the key to creating a winning team. With Dave taking the day-to-day helm, we’re ready to take this company to the next level and scale it even more rapidly than we have to-date.”

McKenzie will continue to focus on growth strategy, platform development and R&D initiatives that provide core differentiation in the market and increase the value of the company. He will be looking at global opportunities, especially in the European and Asian markets.

Courtney will have equity in JiWire as a component of compensation. In addition to McKenzie and several friends and family, JiWire’s ownership includes capital investors including an $11 million funding last year by a group led by Panorama Capital [10].

“JiWire is a fast-paced leader in the burgeoning market for on-the-go media,” says Courtney. “I’ve had the opportunity to work with some great digital media infrastructure companies in the past, and JiWire has the technology, the vision, and the opportunity to extend its leadership position in this enormous market and achieve similar success. The team at JiWire has built incredible expertise in engaging on-the-go audiences with a location-based, interactive and measurable solution. With the company’s current growth trajectory, it’s clear that JiWire is delivering on the critical needs of both its network partners and advertising clients in this dynamically changing media market.”

JiWire claims to be the first company to use wireless Internet access as a medium for advertising, creating a channel for advertisers to deliver interactive and measurable messages to on-the-go audiences such as business travelers, affluent consumers and millennials. By collaborating with more than 30 large and small operators of Wi-Fi hotspots, JiWire has aggregated a new media channel that reaches people while they are going about their daily lives, combining the best of out-of-home mobile and online advertising. JiWire places ads on login-pages of Wi-Fi hotspots in cafés, hotels, airports, and soon on planes as the result of a new partnership with Row 44 [11].

“We are confidently looking at growth through three means,” says Courtney. “These include unique ways to reach on-the-go consumers; expansion of venues; and new devices. We’re currently evaluating both the U.S. and international markets in each of these. We want to be the leader, and feel we’re initiating a new category as an innovator.”