Building on its rapidly-growing digital video network in physicians’ waiting areas, Everwell TV, based in Atlanta, has announced an ambitious plan to expand distribution of its award-winning content across multiple platforms including the web, e-newsletters, video on demand, smartphone apps, and text messaging.

“The fact that we’re 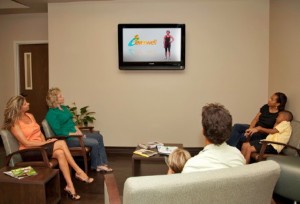 both a digital out-of-home company with a national footprint and a leading producer of health video content puts us in a unique position to reach consumers,” says Robert Davis, Everwell’s president and editor-in-chief. “Our mission is to connect with people wherever they are and engage them with high-quality content that helps them lead healthier lives.”

The ‘Everwell Everywhere’ initiative will involve distribution through Everwell’s own platforms, including its award-winning consumer web site, www.everwell.com, as well as partnerships with other content distributors and syndicators such as WorldNow, DivX Inc. (AnySource Media), and 5min, the leading video syndication platform for broadband. Additional partnerships are in the works and will be announced soon.

Launched in 2007, the Everwell TV network is already in the offices of thousands of health care providers across the U.S., with further expansion planned for 2010.

Everwell’s rapid penetration in the OOH market is due largely to the quality of its content. Unlike most other health-related video, Everwell’s award-winning content is lively and entertaining, and often includes a dose of humor. The Everwell library consists of hundreds of original segments created by Everwell’s own experienced team of producers, with new videos being added continuously.

In waiting rooms, the segments run from 30 seconds to five minutes long, and nothing repeats during a day – often even for several days. Like regular television programming, there are about seven minutes of advertising every half hour.

“Ads come from everywhere,” says Davis. “We not only have pharmaceutical and health products, but also packaged goods, banks and General Motors.

“We’ve been thrilled with the rave reviews of our content from patients and doctors,” says Davis. “We’ve been asked by patients if it’s possible to see various segments again so we know it will be just as well received beyond the waiting room.

“We’re launching it now and expanding in Q1 in many different formats.”

Everwell has its own advertising sales staff, led by Rick North in New York.

Headquartered in Atlanta, GA, Everwell is the brand of MediVista Media. The company produces and distributes original, award-winning video content that entertains and informs consumers about health and wellness. Developed by a team of seasoned media professionals, the content is editorially independent and reviewed for accuracy by a panel of physicians. To learn more about the network and Everwell’s other platforms, visit www.everwelltv.com. Go to www.everwell.com to explore Everwell’s consumer Web site and subscribe to e-newsletters, podcasts and text messages.

This entry was posted on Wednesday, December 16th, 2009 at 08:35 @399 and is filed under Scuttlebut. You can follow any responses to this entry through the RSS 2.0 feed. You can leave a response, or trackback from your own site.