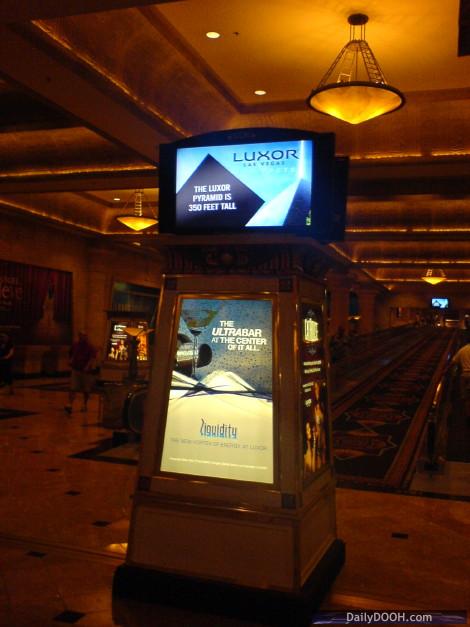 Anyone who has ever been to Vegas will tell you that there are some great digital signage and digital out of home applications there.

There are also some installations, like ‘The Fashion Show’ which were great when first installed but 5 years later look tired (physically) and need updating.

There are also some plain ridiculous deployments like this Casino Channel Network (CCN) in the Luxor hotel. The content on the screens around the hotel wasn’t too bad actually but the screens, all in landscape mode, were in some very high places (hung from ceilings) and as in this picture, some screens stuck on some very unusual objects (which were not digital by the way).

This entry was posted on Friday, June 20th, 2008 at 00:14 @051 and is filed under Scuttlebut. You can follow any responses to this entry through the RSS 2.0 feed. You can leave a response, or trackback from your own site.