Just who is advising Amscreen [1] when they make announcements like this “Leading digital signage company Amscreen today announced revolutionary new software that provides its customers with the ability to create and broadcast their own messages on its digital signage screens.” ?

**So stay tuned! You won’t believe your eyes. We pored through the press release and it’s actually hard to find anything evolutionary let alone revolutionary… 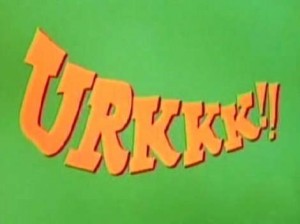 [2]Amscreen’s Client Automated Remote Media Scheduler (CARMS) is claimed to be “the first solution of its kind to offer users the ability to control the messages their customers read”.

Anyone who has spent anytime in the industry will know this claim is simply ridiculous, as one industry CEO told us “This is standard functionality for most credible solutions, our Custom Media RSS feature had this boxed off many moons ago” – and we’d have thought that at least 100 pieces of digital signage software have this sort of capability.

CARMS is simply a web-based portal that enables users to create their own content using a number of existing templates. 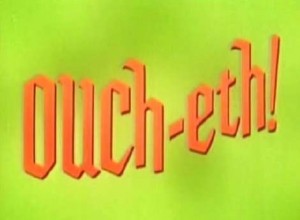 [3]After everyone in the office stopped laughing we managed to continue re-reading the press release, we quote “the cutting edge software is able to produce eye-catching up to date news and information that can be broadcast to screens on a local, regional or national basis”

It continued “CARMS enables customers to control the content on their screens within their allocated air time without affecting media aired by other parties, as it automatically manages and schedules all content” 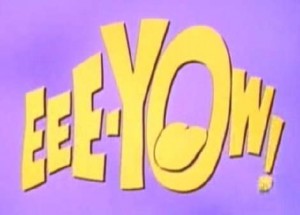 [4]Simon Sugar, CEO at Amscreen was quoted as saying “We are thrilled to be launching CARMS, which is a big step forward for the digital signage industry. CARMS offers customers real-time control of specific venues, sites and groups of screens and enables them to air their own relevant content without the reliance on a network owner.”

In all seriousness we are very disappointed. Despite the fact that many people believe we have a ‘downer’ on Amscreen (we don’t) – in fact we admire Amscreen for its marketing prowess and its business acumen – okay so we hate their (close proximity) hardware; with its Heath Robinson [5] appearance it seems designed to take the industry back half a dozen years, especially with its stupid LED ticker at the top of the screen. Perhaps that’s it and we are all missing the point – Amscreen intends to be the Steampunk [6] hardware provider to the industry?

This press release is absolute utter nonsense and Simon Sugar has been ill-advised by his technology team on this – does he also have no decent non-execs who can advise on some pretty basic things?

What exactly is it with Amscreen? Has it no technology staff that will tell management and all the celebrities involved that what they have written (CARMS) is nothing special or are the technology team incompetent and / or delusional?

Come on Amscreen you could have started the year off on a much better note than this.

Absolutely on the money Adrian. Both Scala and Limelight, a product from Chris Fulton, he of DigiShow fame were the first to market with this sort of functionality back in the late 80’s. Both apps could read user created text files and show them within a template. I forget what Chris called it but Scala called theirs “Text File EX”. Neither revolutionary or evolutionary as you say!

OK – you might be disappointed, and the press release may be about something that’s been around for ages…and you may laugh a fair bit. None the less, the release will reach a wide audience, most of whom won’t know any better and will conclude that Amscreen is ahead of the game. So, the PR will be deemed a success.

When you write a press release, do you consider your potential customers or your competitors?

We are the european distributors for Wallflower Global which does client login security for exactly the same purpose. Wallflower also has webportals to upload content like a taxi system – the displays sync from the scheduler via 3G, FTP, wifi, Lan and updates the content across the globe. Wallflower also has its own analytics and facial recongition system, and is fully touch enabled.

Yet until we got our hands on it, only the New Zealander’s knew about it – so we are education the rest of the world about these features

So good for Amscreens PR – we dont have 20,000 screens out in 12 months and i doubt anybody else has. Dont’ forget Lord Alan (cannot wait for the apprentices to call him that – what a laugh) has deep pockets – they can buy any of us out if they wanted …

We will copy their PR model a bit, but without the bull…

I have to say that in todays dull and dismal world Simon manages to make me smile every time I either look at their web site or read a press release.,20,000 screens, “Amscreen Healthcare is the market leader and registered supplier to the Health Service for digital screen network broadcasting”, now we have “ground breaking technology”.
Might I take the opportunity to ask Gerard Bucas of Scala to send me a refund for 5,000 Scala licenses that he said had this functionality going back god knows how many years.
Keep them coming Simon it brightens up my day.
Phil

I suppose there’s nothing wrong in blowing your own trumpet producing a positive PR marketing spin. However, Big Media Group had this functionality 5 years ago with TELentice and Maler. Just a shame BMG didn’t have deep pockets like Sir Alan! 😉

I like Geoff’s little Wallflower pitch on enhanced features:

Quote”
Yet until we got our hands on it, only the New Zealander’s knew about it – so we are educating the rest of the world about these features”

Geoff;You need to ask some existing aussie wallflower customers about this vendor and product reliability, not a secret in the Australian market, Wallflower is being swapped out by a number of customers, these features your talking about don’t work.
Wallflower has failed in it’s closest market: Australia, this is why it’s been kept a secret; only in New Zealand.

Very interesting comment by ‘AussieinUK’. We would love to know who has swapped out Wallflower in Aussie and which features don’t work. Unfortunately nobody has told us about them !

In Aussie recently many sites have purchased additonal licences and many new sites installed.

Recent sales have included a major rollout of over 200 IGA supermarkets, the Adelaide Convention centre, various fast food chains, hardware store chains schools, Casinos and even the Department of Defence.

So Wallflower has hardly ‘failed in Aus’ Over the last year it has gone from strength to strength.

Perhaps AussieinUK should ask why the world’s largest IT company, Hewlett Packard, selected Wallflower as their DS software to distribute after exhaustive research ! HP do not enter such undertakings lightly.

I forgot to add to my comments that throughout Asia and especially in Australia every Sony retails store and Nokia sales outlet is being equipped with display stands using Wallflower intelligent display stand technology. So far the numbers are into many hundreds. Some of these replaced existing Scala units. The technology used includes remote updating and monitoring from New Zealand via the net and ftp so I think we can say the technology does work !