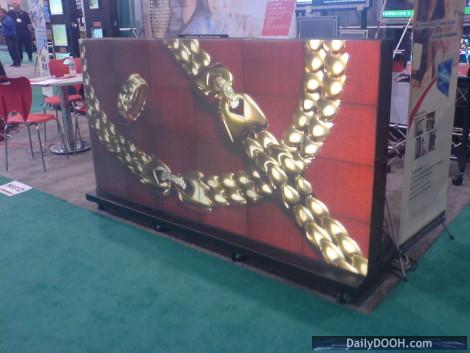 Almost hidden away on a small stand at Infocomm was this rather unique Litemax version of Screen Technology Ltd’s ITrans offering.

It’s very similar to their own that they have been using in places such as Harrods and similar to what their other OEM, Hantarex used at Roland Garros BUT was slimmer (width wise), quieter (it seemed) and cooler (definitely cooler).

It got a lot of interest according to the Litemax lady on the stand but it was just a shame that Litemax didn’t have more tiles / modules to show off a larger screen cos’ it would have made a much bigger impact.

This entry was posted on Monday, June 23rd, 2008 at 17:48 @783 and is filed under Scuttlebut. You can follow any responses to this entry through the RSS 2.0 feed. You can leave a response, or trackback from your own site.