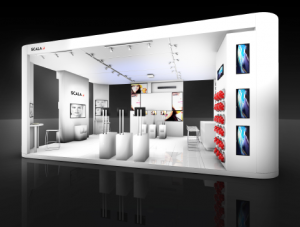 As you would expect, Scala will be exhibiting at Integrated Systems Europe 2010 next week (February 2-4) in Amsterdam and will be on booth 12D89.

Scala have announced they they will exhibit at the event its new Scala Release 5.1 software that supports Windows® 7.

This entry was posted on Monday, January 25th, 2010 at 21:40 @945 and is filed under Scuttlebut. You can follow any responses to this entry through the RSS 2.0 feed. You can leave a response, or trackback from your own site.