The day of the iPad has come and gone. – and in its wake, a UGC great case study. On this day ‘big’ media got punked, in a big way- by the one and only- Jason Calacanis. 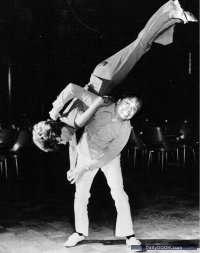 Long story short – riding on the crest of the iPad hype tsunami, Mr. Calacanis – tweeted some fake info about the iPad and its features, which in the vacuum of information created some false ripples throughout the twitterverse. Which of course ended up in as real-time posts for media sites such as Reuters, WSJ, NYT.  Needless to say, when the joke was revealed. – these posts magically vanished. – Easy come, easy go.

Trust me, there’s no algorithm in the known universe that can discern between true and false tweets. In most cases, robo-moderated filters can only censor based on specific keywords or patterns – in the case of the iPad hoax – the only way this could have been avoided is if the people that were re-tweeting or blogging about Jason’s comments took a second to question the outrageous claims he was tweeting.

This incident raises some very interesting questions. How can the DOOH industry validate UGC/tweets for accuracy? As more and more brands jump on the UGC bandwagon and incorporate live twitter feeds as part of a digital OOH campaign, it increases the chance that someone (or a group of people) could use a twitter powered digital sign to create a panic in a very public area. Remember the bomb scare in Times Square last month? – As the police were evacuating the square -the live news feeds that were on running the LED spectaculars were also playing updates of the news as it was happening, luckily- by that time most of the people had been evacuated so it didn’t cause a stampede of people fleeing the area. This type of scenario is much like someone yelling “fire!” in a crowded movie theatre.

A word to the wise, – it may be worth the extra money for more human powered moderation – when ever you intend to integrate UGC as part of an out of home campaign.

This entry was posted on Wednesday, February 3rd, 2010 at 07:23 @349 and is filed under DailyDOOH Update. You can follow any responses to this entry through the RSS 2.0 feed. You can leave a response, or trackback from your own site.