On the evening of Wednesday 3rd February at the InAVation [1] awards Amigo Digital [2] won the Digital Signage Content Award for the work that we did in 2009 with the PINK Campaign. 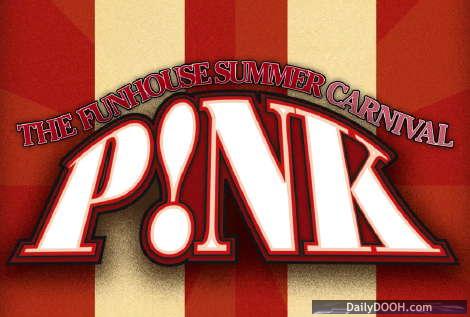 It is our first award so we are all absolutely over the moon!

The Pink creative was a vibrant campaign produced for 4 very different locations with different screen requirements including multiple screen orientations.

The campaign used 2D circus themed visuals from the poster campaign to compliment the traditional advertising and to bring to life the posters with some stunning and eye-catching animation.

As DailyDOOH has already said “This PINK campaign ran on some of the biggest and most prominent digital screen networks outside London” and we’d personally like to thank the media buyers and the networks that took the campaign for giving the areas outside of London (often forgotten we feel) such prominence.

Thanks also to our client who entrusted us with the original artwork and gave us the freedom to bring it to life!

Is it possible to view PINK campaign ad?