Strangely enough we stepped on this yesterday when in London. It’s the Plaza shopping centre at the bottom of Oxford Street – there’s a great Games Workshop store there, Ed 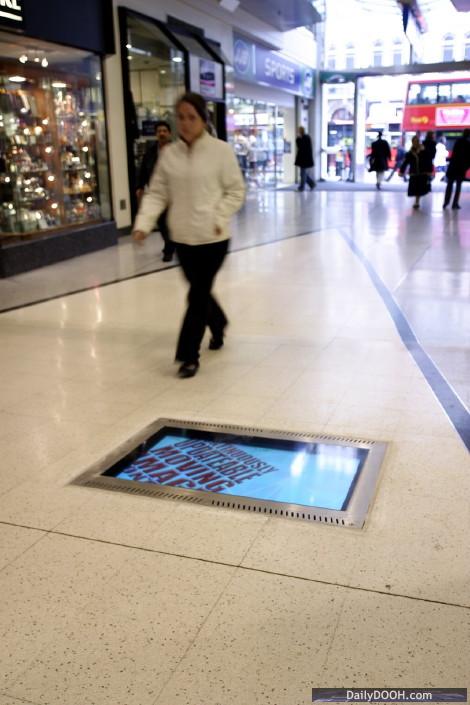 Flasma Ltd, the UK company behind these LCD screens has been doing some PR this week – announcing a permanent public artwork called Fragile, by Idris Khan in London’s Victoria.

More on that later.

Established in 2002 Flasma supply a unique, patented, high-definition capable display for showing moving images in the floor, indoors or outdoors. Flasma displays are used for showing advertising, public information, way-finding and much more.

This entry was posted on Thursday, July 3rd, 2008 at 19:38 @859 and is filed under Scuttlebut. You can follow any responses to this entry through the RSS 2.0 feed. You can leave a response, or trackback from your own site.