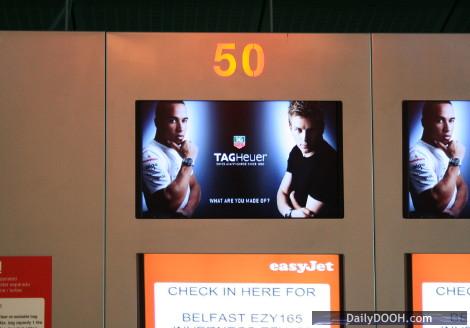 Today sees the launch of a big TAG Heuer campaign ‘What Are You Made Of? It’s Time’ to coincide with the British Formula 1 Grand Prix at Silverstone. The campaign runs 4th July to 7th July and TAG Heuer are the FIRST advertiser to use the ENTIRE digital estate of JCDecaux in the UK.

According to Marketing Week the campaign was planned and booked by Team UK and Kinetic with JCDecaux.

A source at JCDecaux tells us that some of the advertisements will be time-sensitive based on a driver’s performance at Silverstone (that should be interesting).

We have a couple of other pictures on the blog.