#ScreenMediaExpo – Are You ‘Un-Future Proofed’?

Continuing our series of presentations at #ScreenMediaExpo in May in London that we think you’d be foolish to miss today we take a look at Dr Quentin Stafford-Fraser, Managing Director, Camvine (and don’t let that silly company name put you off) and his keynote on Day 1 Channel 3 entitled Are you ‘Un-future Proofed’? 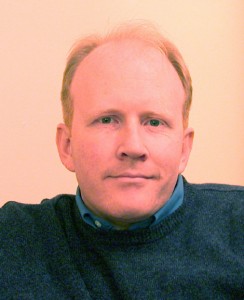 We are told that Digital signage platforms that do not harness openness will be left out in the cold. Technology trends are evolving and maturing much more rapidly. RSS feeds and Flash did not exist 10 years ago and Flash is arguably on the demise. Twitter and Facebook are less than 5 years old and html 5 and 4G are just around the corner.

So is the best way for future proofing digital signage to keep the options open?

Quentin will explain how early investors in digital signage were faced with relatively substantial development costs when it therefore made commercial sense to create proprietary systems to ensure return on such investments.

He will also argue that new technology has introduced ever increasing capabilities and yet, the cost of digital signage continue to fall. Healthy competition he says drives such changes.

His presentation will explore the differences between open and closed digital signage solutions: including content management; legacy and future network architectures; enterprise and SaaS software; and hardware options.

He will also explore the impact of the web where it has been embraced in other industries and the role of other proliferation drivers – such as better mobile telecommunications data and screen technologies – on digital systems of the future.

Dr Quentin Stafford-Fraser is the CEO of Cambridge Visual Networks, generally known as Camvine, which he co-founded in 2007. Quentin was a co-founder and former CEO of DisplayLink, and has also co-founded other ventures including Ndiyo, a not-for-profit company creating IT solutions for the developing world, and Exbiblio, a Seattle-based business focussed on bringing digital interactivity to the world of paper documents.

Quentin was one of the inventors of the webcam, and a developer of the VNC software now found on many millions of machines worldwide. He has held research posts at Cambridge University, Xerox, Olivetti & AT&T, and has a long-held interest in visual-based interaction between humans and machines, and in different ways of moving pixels over networks. He holds a Ph.D. in Augmented Reality from the University of Cambridge.

This entry was posted on Friday, March 26th, 2010 at 10:48 @491 and is filed under DailyDOOH Update. You can follow any responses to this entry through the RSS 2.0 feed. You can leave a response, or trackback from your own site.