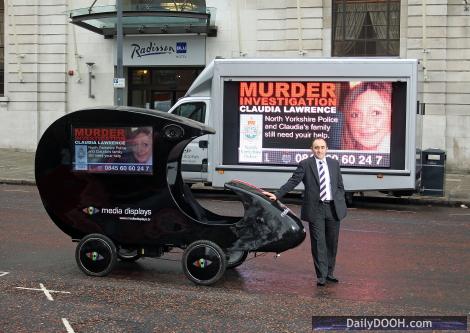 It is pedal powered and runs two LCD screens, which can play both audio and visual footage to passing crowds.

Shame it looks a bit like a giant pram.

This entry was posted on Tuesday, April 20th, 2010 at 15:12 @675 and is filed under Scuttlebut. You can follow any responses to this entry through the RSS 2.0 feed. You can leave a response, or trackback from your own site.