While this deals, we believe, only with traditional billboards, we find it interesting that Pensacola, Florida-based Lamar Advertising Co., is taking this route. 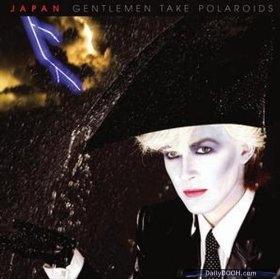 Lamar., which operates more than 150 outdoor advertising companies in more than 40 US states and Puerto Rico, has announced a project to convert some 1,370 billboards throughout Florida to renewable energy.

The $12.5-million project will place solar or wind power on billboards throughout the state, creating 1,370 individual renewable energy systems that return energy to the electrical grid.

“In the long run, this will mean significant savings for Lamar,” says Robert Switzer, vice-president of operations, Lamar Advertising. “The lifespan of these systems allows them to be amortized, giving us a very logical business rationale for incorporating systems such as these on a widespread basis.

“This represents the largest single deployment of distributed renewable energy devices in Florida history. With the completion of this historic project, we will be sending a clear message to millions of Florida residents and visitors every day that renewable energy works.”

The project, set for completion by April, 2012, will install a total of one Megawatt (1,000 kilowatts) of renewable energy generation in the form of solar or wind power on 1,370 separate billboard structures in eight markets from Pensacola to Daytona and Tallahassee to Fort Myers. The installations will be on billboards along interstates and major thoroughfares, giving the project the widest public exposure.

The U.S. Department of Energy is providing a $2.5-million grant to the project through the Florida Energy and Climate Commission and the Governor’s Energy Office, while Lamar is funding the remaining $10 million.

As part of its initiative, Lamar Advertising is sponsoring Renewable Florida, a web-based clearinghouse to help Floridians find the easiest and most cost-efficient ways of maximizing renewable energy.

“Over the 20- to 25-year life span of the billboards converted to renewable energy, we will return an untold amount of renewable, emission-free energy to the power grid while demonstrating in a very graphic manner to the public the payoff that comes with renewable energy,” says Switzer. “In the long run, this will mean significant savings for Lamar. The lifespan of these systems allows them to be amortized, giving us a very logical business rationale for incorporating systems such as these on a widespread basis.”

This entry was posted on Tuesday, May 4th, 2010 at 09:26 @434 and is filed under DailyDOOH Update. You can follow any responses to this entry through the RSS 2.0 feed. You can leave a response, or trackback from your own site.

One Response to “Lamar, Wind and Fire”