TargetCast Networks announced this week that its Fast Casual Network (formerly of course called the *Ripple TV Network) plans a content refresh and a new format offering new programming and new advertising options – something that all digital screen networks should surely do periodically? 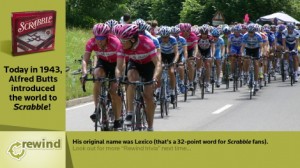 The Refresh release will be delivered across all its screens in more than 600 name brand coffee shops, juice bars and bookstores and the company also announced plans to expand into as many as 1500 fast casual locations starting later this year.

The new screen format will integrate the L-Ad Creative Unit that TargetCast Networks has enjoyed so much success with in their Casual Dining Network.

The new format will also feature a main window, which can run full-motion video, flash and graphical advertising and entertainment.

TCN President and CEO, Jerry Hall told us “This will be a completely new experience for our affiliates and our viewers. We are committed to bringing an exceptional visual experience that will give viewers a refreshing and entertaining experience during their frequent visits to our fast casual locations. This will improve not only the viewing experience but also the branding and engagement metrics for our advertisers”

Jones Digital Media has been retained to spearhead the content and programming strategy and execution. Dylan H. Jones, Founding Partner of Jones Digital Media told us (he is after all one of our contributors) “We’re very excited about working with TargetCast Networks on this project. We have some exciting plans to elevate the overall visual experience on the Fast Casual Network and take it in some new directions. The focus will be less on delivering information, since so many people are carrying all of the information they need in their pockets these days, and more on creating a 10 minute visual and intellectual vacation during their busy day”

*TargetCast Networks purchased all assets of RippleTV in 2009 and currently operates the network along with the Casual Dining Network in restaurants including Applebee’s, Chili’s, Outback Steakhouse and TGI Friday’s locations, among others.

The combined network of 1,323 locations/3550 screens delivers 13 million Nielsen-Rated viewers per month and over 35 million exposures to its away from home television viewers in major markets nationwide.

This entry was posted on Wednesday, May 12th, 2010 at 07:11 @341 and is filed under DailyDOOH Update. You can follow any responses to this entry through the RSS 2.0 feed. You can leave a response, or trackback from your own site.