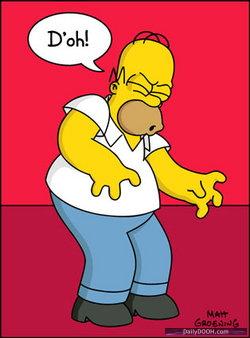 Gail Chiasson, our North Americam editor wrote about it in some detail on Friday morning [4].

Later that same day our very good friend Rob Winston at Arbitron sent us another document; again ‘incredibly useful’, professionally put together and available for download free of charge (though there is a paid for version with a lot more detail available).

Arbitron and Rob WInston in particular do REALLY good research in our space and this is just another fine example of that so what’s our issue?

Well, the Arbitron document is entitled ‘Arbitron Digital Place-Based Video Study 2010‘ and is littered as it would be with a title like that with ‘Digital Place Based’ references.

So we have two great organisations producing fantastic research yet thanks to Suzanne Laforgia (nee Alecia) [5] and friends at the Doberman Pincher Alliance of America [6] we have an industry, seemingly in confusion and that appears to do everything it possible can to shoot itself in the foot.

The DPAA (nee OVAB) [7] have pretty much, shafted the industry here. They have certainly done the industry a great disservice and it’s not until you read documents such as these together (it was coincidence that they were published on the same day) that you realise perhaps how damaging an attempt to change the name of an industry has been.

Take some time to read both documents, compare how ‘digital out of home’ flows off the page in the former, see how ‘digital place-based video’ is difficult to say and almost meaningless in context in the latter.

As Howard Beale [8] would say “Things have got to change”

It was interesting to listen to Suzanne LaForgia (a very good speaker) at the MediaPost DOOH Forum last week, trying to make “dee-pee-double-A” sound natural and unrehearsed. It is just a matter of time until other external forces drive them toward “location based” instead of “place based”. Despite all the gyrations and spin it is still DOOH. At least MediaPost agrees, and I didn’t hear many forced “place based” comments from agencies during the session. And zero mentions of “screenmedia”, by the way.

Totally agree. It is beyond any marketing and branding basic law, to try to change the name of an industry/technology that´s in the middle of crossing the chasm.

Another hard evidence to this becomes extremely clear, if you try to run this through Google Insight, where you can measure keyword searches against each other. Digital out of Home = 100%, Digital Place based = 0%. An that is real life searches from real life people. Enough said….

Digital OOH is an excellent term to use for media buyers because they understand both terms and use them actively. DPBA is a descriptive term that helps explain the “D-OOH hybrid”, but doesn’t stand on its own.

One of the main difficulties is that “Digital” is understood as online, and is judged on interactive metrics that don’t usually apply. So we end up in the “emerging media” category for OOH.

Hi Adrian,
Great website, its my first time commenting and unfortunately this is for a selfish reason… I cannot seem to come across the Arbitron Digital Place-Based Video Study 2010 (phew it really is hard to say, i just copy pasted it heh) through any of my google searches. Is there anyway you could share it with me?
Also, as a reference to Carsten’s post, just by googling ‘Arbitron Out-of-home 2009’ I found the 2009 study, which most deflintely rolls of the tongue easier than the latter!