In six weeks, Clear Channel Outdoor’s ‘Save the Peak’ campaign helped TPL raise the remaining $3.05 million of the total $12.5 million needed to buy and protect the 138 acres surrounding the Hollywood Sign. 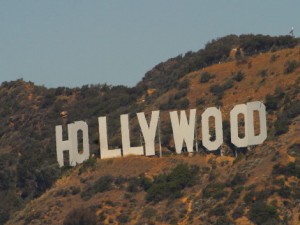 awareness and drive new donations to TPL’s effort, Clear Channel Outdoor created the ‘Save the Peak’ campaign and aired almost 2 million spots on 84 digital billboards throughout the Los Angeles metro area. The campaign featured poignant images of a wrecking ball poised to strike the sign and a countdown of the contributions needed and days remaining in the crusade to save the sign.

“Donating the billboards was an extraordinary gift from Clear Channel to the campaign,” said Jay Dean, TPL’s chief marketing officer. “The exposure increased awareness and helped build the momentum we needed in the final weeks it took to close our fund-raising gap.”

The world-famous location, which offers a spectacular 360-degree panorama of the Los Angeles Basin and the San Fernando Valley, now will become part of Griffith Park and will be open to hikers and joggers who have long enjoyed its sweeping vistas of downtown.

“The Hollywood sign is the global symbol of American entertainment and we’re proud to support TPL in preserving this legendary landmark,” says Greg McGrath, president, Clear Channel Outdoor Los Angeles. “The success of this campaign is a testament to the effectiveness of digital billboards in generating public awareness of worthy causes.”

This entry was posted on Monday, May 17th, 2010 at 08:35 @399 and is filed under DailyDOOH Update. You can follow any responses to this entry through the RSS 2.0 feed. You can leave a response, or trackback from your own site.