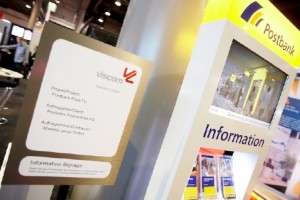 The finalists will be presented in a special exhibition area of the Digital Signage World at VISCOM Frankfurt 2010 and announced on the evening of 5th November 2010.

The jury will then choose a winner in each category from these 15 projects.

Entries can only be submitted online here.

This entry was posted on Friday, July 16th, 2010 at 11:49 @534 and is filed under DailyDOOH Update. You can follow any responses to this entry through the RSS 2.0 feed. You can leave a response, or trackback from your own site.