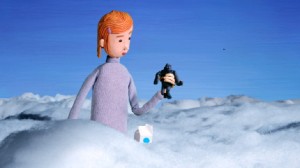 [1]and the Maritime provinces in Canada are running 3D commercials for the Dairy Farmers of Canada [2] for the second year, having been spurred by last year’s success.

Last summer, Dairy Farmers of Canada had launched the country’s first 3D advertising campaign at Cineplex [3] theatres throughout Ontario and the Maritimes. The commercials were actually an extension of a teen-targeted, award-winning five-second ’Dot Spot’ Milk campaign, which launched in the fall of 2007.

The first to market with a five-second television and cinema Milk advertising campaign, DFC was also the first organization in Canada to market 3D spots last year. The 3D spots were created by Due North Communications [4] and animated by Head Gear Animation [5], both of Toronto. 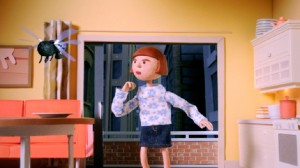 [6]campaign demonstrated how DFC is committed to finding new, fun and effective ways to reach teens,” says Solange Heiss, assistant director, marketing and nutrition communication, Dairy Famers of Canada. “DFC was determined that the Milk brand be the first with 3D ads because our teen target prides itself on being at the front of whatever is cool and new.

“We have to hold their interest, because we want to emphasize the benefits of milk versus all the competition out there, not only among soft drinks and juices, but many teens are drinking coffee at an earlier age these days. They know the benefits of milk, but have to be reminded, and we take a humorous approach to reach them.”

In 2009, 65% of those aware of the 3D campaign believed the commercial would convince people to drink more milk, so in 2010, Dairy Farmers of Canada is continuing its 3D advertising campaign. One new ad,’Giant’ was created for this year’s campaign, while three 3D ads – Kid Kong, Jump Rope and Straw – created in 2009 will also be running. 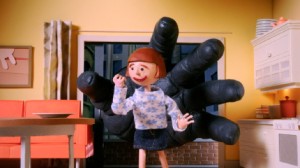 [7]spots are geared towards teens, they are entertaining, short enough to hold their attention and they communicate the many health benefits of milk,” says Heiss. “The campaign also builds on the ‘cool/hip’ image for milk.”