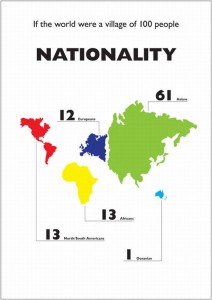 This week’s Parallel Worlds bring us big news that Asia’s digital out of home industry has reached a significant milestone. It’s been confirmed that the establishment of a multiple country, regional association to help advocate, evangelize and educate on placed based media is soon to be officially announced. The official name is still a well guarded secret (I know what it is) until the final legal documents are processed.

The new entity includes a confirmed board of membership from various countries like: The Philippines, Malaysia, Singapore, Thailand and Vietnam (the inclusion of India, Korea, China and Japan is still open, but unconfirmed as of today).

The move to create a regional entity bodes very well for Asia’s digital out of home communities since it too struggles with the fragmentation, mis-information and challenges that hamper the western hemisphere’s efforts to mainstream this new media channel. The new group will be headquartered out of Manila (for financial and logistical reasons) with provisions to establish support with local charters of the same association in each respective country.

This self-titled “Asian alliance” has contacted 2 key organization in the US, it plans to affiliate itself with either the DSA or the group formerly known as OVAB (DPAA) to help enhance its credibility as well as promote the selected group’s guidelines and standards. The selection of which group is still under review.

Yours truly has been working feverishly behind the scenes as a key advisory board member as well as the defacto traveling DOOH “evangelist” who preaches on the virtues of establishing a single association to represent all of Asia.

Once in place, the regional association will provide the much needed cohesion and focused grassroots support for all regional industry efforts to socialize digital out of home as well help facilitate potential regional media buys. The “alliance” of countries will also make it easier to penetrate the barriers for entry into the Asian markets for western companies, solution providers and hardware manufacturers that have considered international expansion into the largest, untapped DOOH market in the world.

This entry was posted on Thursday, June 3rd, 2010 at 00:01 @042 and is filed under DailyDOOH Update. You can follow any responses to this entry through the RSS 2.0 feed. You can leave a response, or trackback from your own site.