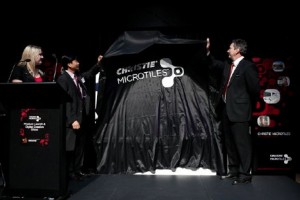 “MicroTiles are a great product with so many applications,” says Michael Bosworth, managing director, VR Solutions. “Creatives are no longer restricted to a rectangular display such as LCD screens. I have no doubt that MicroTiles will prove to be a disruptive technology in the Australian market.” 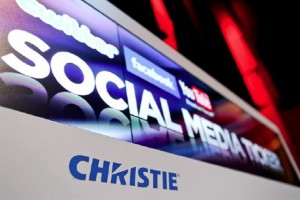 The tiles are ‘self-aware’ – meaning that time-consuming and costly colour calibration needed to keep conventional video walls looking uniform, is automatically completed by the sensors built into the MicroTiles.

While the engineering behind the display tiles is extraordinarily sophisticated, walls of tiles are controlled by a simple unit that processes the signal from the most popular digital signage and media players.

“MicroTiles represent a distinct revolution in display technology, that allows users to create their own digital canvas or digital wallpaper,” says Bob Rushby, the co-inventor and chief technology officer at Christie. “With MicroTiles, users can express their creativity and vision, and assemble the displays in ways that have previously been unattainable using current flat panel LCD, plasma or LED walls. 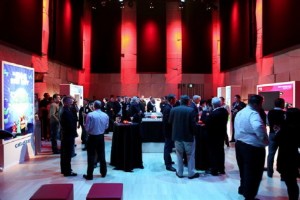 “Assemble the tiles any way you like, take them apart and re-assemble them in a new configuration, and they ‘recognize’ each other every time and adjust the image automatically. Our partners are discovering new ways of using digital display that would have been impossible or impractical before MicroTiles.”

“We are very pleased to work with VR Solutions for the launch and we’re sure that Christie MicroTiles will create a brand-new dimension for for the various display markets in Australia,” says Jonathan Lim, general manager, Christie Singapore.

This entry was posted on Friday, June 4th, 2010 at 09:00 @416 and is filed under DailyDOOH Update. You can follow any responses to this entry through the RSS 2.0 feed. You can leave a response, or trackback from your own site.