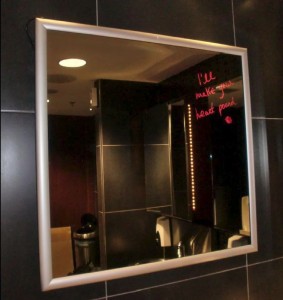 Since launching in Fall 2009, a number of high profile advertisers, including BMW, RIM, Bell, Absolut vodka among others, have taken advantage of the innovation and impact offered by AddMirror.

This entry was posted on Monday, July 19th, 2010 at 08:12 @383 and is filed under DailyDOOH Update. You can follow any responses to this entry through the RSS 2.0 feed. You can leave a response, or trackback from your own site.